Happy new year everyone! Another year went by and a new one just began. The start of a new year brings resolutions, challenges, and lots of things to look forward to. The world changes rapidly everyday leaving us with the urgency to keep adapting ourselves for what’s to come in the new year and beyond.

The year 2022 was an eventful year across all spheres of life, and tech was not the exception. We saw Artificial Intelligence get to a whole new level with tools like Dall-E and ChatGPT, which are not only incredibly fun but open up a whole new world of possibilities. We also started talking about the Metaverse and how it can complement different areas of life.

With this in mind, there are plenty of reasons to believe that 2023 will also be an exciting year when it comes to tech developments. We’ll probably see exciting, surprising, and why not, scary things coming up over the next months. If you are a tech enthusiast like us, you’ll probably want to be alert of what’s coming, to try it out, explore it and see how it can be used for your own benefits.

We can’t predict the future, but I think we can agree on some tech trends that will possibly give birth to new advancements and products. Here are five tech trends to keep an eye on in 2023:

In our introduction, we talked about ChatGPT and DALL-E. These two tools are part of what is being denominated as Generative AI. Before 2022 we were used to AI systems that were designed to perform specific tasks. Generative AI is a new subfield of Artificial Intelligence, where systems are designed to actually generate and/or create novel content.

For instance, you can ask DALL-E to create a picture of Lionel Messi getting a coffee on Main Street in San Francisco, and the AI will do it. Another option is to ask ChatGPT to generate an SQL query for you using some instructions. The amazing thing is, it does it, and quite outstandingly.

In 2023 we’ll probably see exciting things being done with Generative AI and maybe how it takes over some currently existing tasks. Think about how social media content could be disrupted, or even our education, the possibilities are endless. The coolest, and scariest, part of this trend is all you have to do is ask.

We’ve been dreaming about self-driving cars for a while now, but they haven’t gotten close to becoming part of normal life. In 2022, we saw companies like Cruise and Waymo starting to operate in some US cities, although with some restrictions. Reactions were mixed, since the initial experiments did experience a number of pitfalls.

However, according to Automotive News, autonomous vehicles are something worthy to keep an eye on this year. Rather than focusing on passenger cars, autonomous vehicle players are betting on trucks and large size vehicles, which makes sense considering driver shortages. This year might be the one where you see driverless trucks on the road more often.

Alright, this one is hard, but once we understand it is quite fascinating. Turns out that our current computers are quite limited, and can only do one calculation at a time. Quantum computers, which derive from the physical field of quantum mechanics, can perform multiple calculations all at once. This can be done because quantum computers use a tiny particle called a qubit, which can be in many different states at once.

It might be worth it to take a couple of lines to explain. Imagine you have a bunch of different colored balls and you want to find a red ball. With a regular computer, you would have to look through all the balls one by one until you find the red one. This can take a long time if you have a lot of balls.But with a quantum computer, you can “ask” the computer to find the red ball for you. The quantum computer can look at all the balls at the same time, so it can find the red ball much faster than a regular computer

According to IBM, 2023 will be the inflection point for quantum computing, so it’s possible that you’ll see in the news over the next few months. Quantum computing is said  to be a massive breakthrough for many industries, such as healthcare, since it can speed up clinical trials and vaccine developments significantly.

This one will seem like it just came out of a Black Mirror episode, but it’s actually true and closer than we think. With the help of nanotechnology, scientists have been experimenting with DNA alterations. CRISPR, a technology that allows gene modification has been available for a while, but it has been slowly gaining traction.

Editing DNA sounds scary, I admit. However, it can bring a lot of benefits in the treatment and prevention of genetic diseases, and even cancer. For agriculture, it could also be a disruptor as it could possibly make crops more resistant to certain diseases.

This year could be big for this trend, as the first therapy using the CRISPR technique is close to an FDA approval which would be a huge milestone. Besides, the CRISPR Research community has stated that there is buy-in from regulators, making the possibility of a regulatory framework to be established soon.

Without a doubt, sustainability plays a crucial role in today’s world. We all wish all activities were sustainable and wouldn’t waste as many resources as they do. As a matter of fact, one of the most power hungry sectors is the data centre industry, which becomes more important everyday.  According to Information Age, the data industry accounts for aroudn 1 - 1.15% of global energy consumption. To put this into perspective, this is around the same consumption as the aviation industry has.

Companies like Google and Microsoft have already made promises to make their data centers more sustainable in the next few years, and according to Gartner, 87% of executives in the industry are planning to invest more in sustainability in 2023. Regulators and government entities have also expressed interest in the matter as fighting climate change has become an important government issue.

Looking Ahead
From Healthtech to AI, there are various things to look forward to in 2023 when it comes to the tech sector. It’s going to be an exciting time, but also one where our jobs and daily lives can experience drastic changes, hopefully for the better.

Any other trends we missed that we should add to a later list? Send us a message at support@helloguru.io, we would love to hear from you!

Most people use Chat GPT for fun, as entertainment. That’s absolutely fine. In the end, what’s life without a little fun. However, there are some things you can do with GPT-3 that actually serve a useful purpose in the personal and professional context.

Thank you to everyone who made 2022 a wonderful year. Happy Holidays from the HelloGuru team! 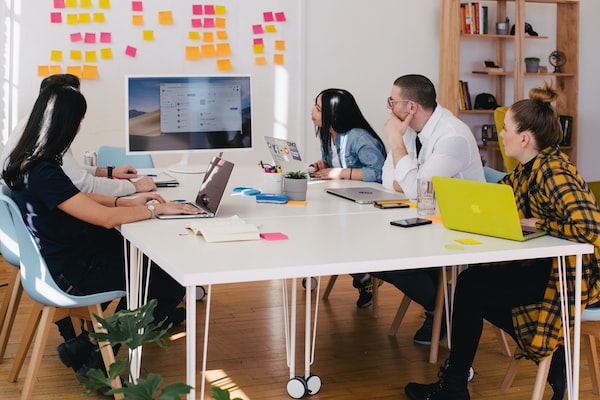 Product tasks and decisions are usually given to the most technical people on your team. But why and how can you get your team involved?